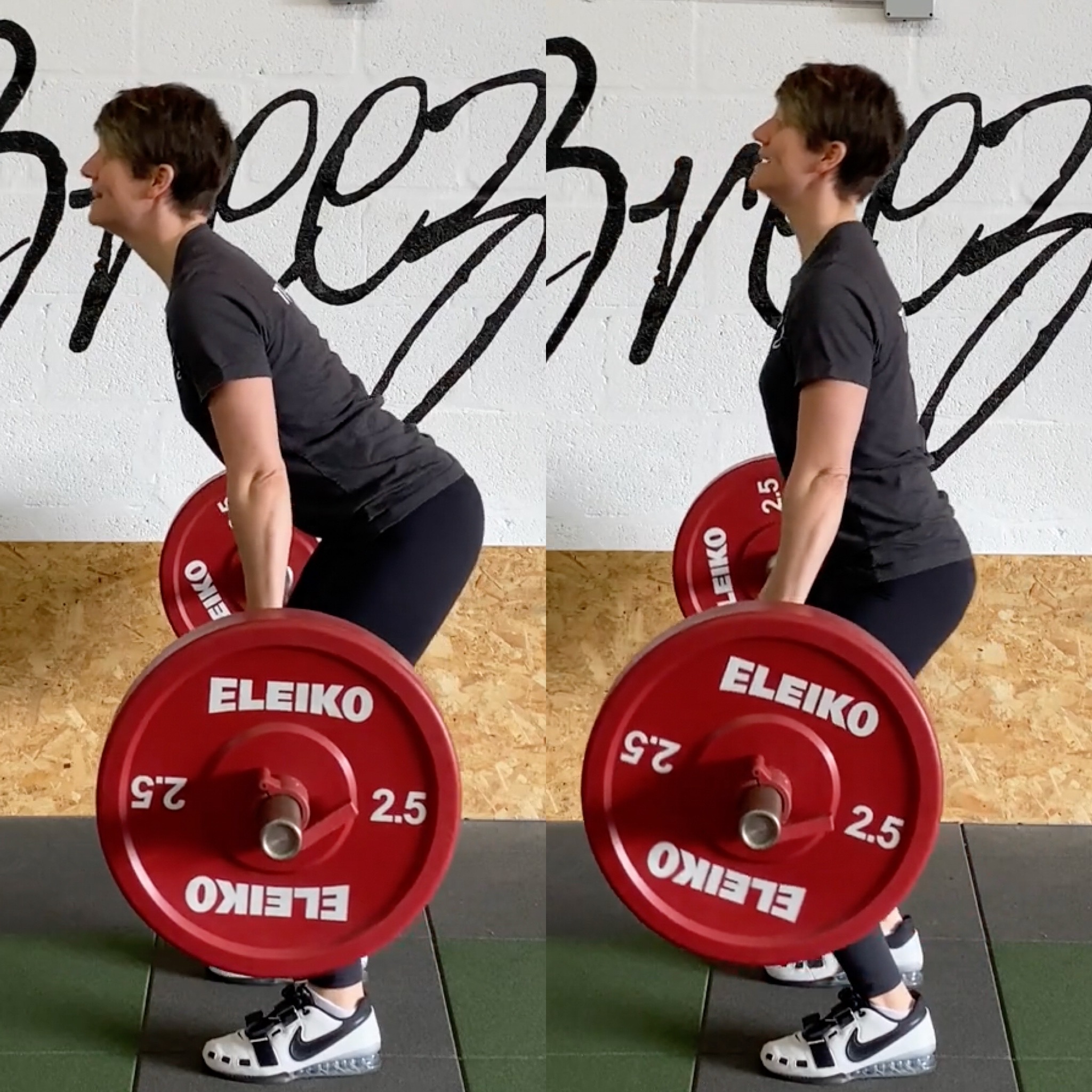 What exactly is it?

It’s a position that is referred to when the bar passes the knees.  There is a slight movement forwards of the knees as you begin to extend. You’ll be sitting in a fairly vertical, upright position – this is what is referred to as the ‘power position’.

I personally do not coach it. I do not want my lifters thinking about coming backwards with the shoulders into that position.

Why? Because if the shoulders start to travel backwards, momentum is likely to continue in a backward trajectory resulting in hyper-extension of the lower back and risking injury.

Does it actually exist?

Yes, it does. If you watch a video of any decent lifter, you will see they pass through the ‘power position’.

Look at lifters, myself included, and the lifters that I coach – we all hit a ‘power position.’

We come off the floor and as the bar passes the knees, there is a slight forward shift of the knees back under the bar, and we end up in the ‘power position’ before exploding upwards.

My problem with it is whether it is something that should be coached or not. I believe it is a byproduct of being in the right position as the bar passes your knees, (crease of the armpits is above the bar after you set the shoulders, and you push with your legs).

Should we coach the power position?

So, let me just clarify. Yes, there is a power position. Yes, a lifter will pass through that range. But NO, I absolutely would never coach a power position. I wouldn’t even refer to it, even on a sequence of lifts.

At no point do I want my lifters to focus on getting trying to achieve this position. A ‘power position’ is something that happens if you are driving your forces in the right direction, down into the ground, and with your shoulders (crease of the armpit) above the bar as the bar passes the knees.

Yes, it happens, but I don’t coach it. The lifter passes through that motion whilst executing a snatch and the clean.

How about you do a little test to see if you are in the power position, or what I consider to be the most powerful position?

I just want you to move around, and get ready to jump.

Just before you’re about to launch yourself into the air, what position is your body in? Have a look sideways into a camera or into a mirror.

Very few people will be in the ‘power position’ because it is not a very powerful position to explode upwards from.  Instead, I reckon you will have stuck your bum backwards, shoulders will be above the bar (if you were holding one).  Basically, you’re in a hang position, which is a position that I coach.

Now this position you have just found is exactly where I want you when you are lifting from hang or when the bar passes your knees.

From here, the rest just happens… As you attempt to explode, your knees will shift slightly forwards and you’ll find yourself in the ‘power position’.

I coach my lifters to be in the ‘most powerful position’, not the ‘power position’.