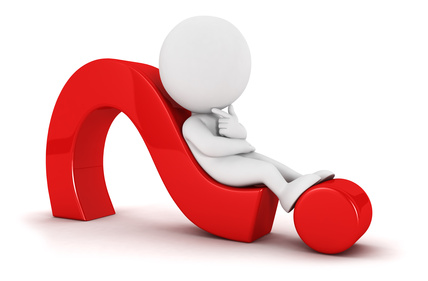 I often get asked the question, “why weightlifting?” Well, why the hell not?!

As a 13 year old student at school, I was given an opportunity to have a go at something I knew nothing about. When I deliver school assemblies and inspirational talks, I encourage people to make the most of every opportunity that comes their way. That’s what it was for me…

It was a one-off PE lesson, where I was able to have a go at weightlifting, and it was thanks to my PE teacher at the time, who said, “come and do a competition, I think you’ll be alright.” So I did.

I remember going home and telling my mum that I was going to go to a weightlifting competition and she said, “no, you’re not!” Being a teenager (and quite stubborn), I turned around and said, “yes I am.” To which she responded, “no, you’re not.” She didn’t want me to do it because she was busy that weekend and because it wasn’t the sort of thing that ‘girls did’.

So, that Saturday morning, I went on my bike, rode the 7 miles it took to get to the school, and I took part in the competition. I then went home with a trophy and had to explain myself to my mum. So, that is basically how it started.

At the time, my parents had separated; I stayed with my father during school holidays and he kind of egged me on to continue weightlifting. It was an opportunity for me to see my father more frequently. We would go away to competitions, where my Dad would often meet me.

(If you’d like to find out more about my journey from ambitious teenager to achieving success on the International stage, you can get your hands on a copy of my book entitled ‘Not A Fecking Pull’ here

Originally, I stuck with the training, not to be a 13 year old female weightlifter in the 90s when women’s weightlifting wasn’t a thing. But, to become more powerful for athletics. I was a long jumper and sprinter – they were the events that I enjoyed the most, or was best at.

In one year of weightlifting, I put a meter on my best long jump and I cleared over 5 meters as a 15 year old. It just shows that you can really develop leg power with olympic weightlifting.

I wanted desperately to go to the olympic games, even though weightlifting wasn’t an olympic sport back then.

Either way, I had a passion to pursue my dreams to go as far as I could. For me, weightlifting provided an opportunity to write a ticket to travel the world and I was very fortunate to compete across the globe in many competitions.

Challenges as a Female Weightlifter

I found myself in a sport that was male dominated. It was run by men, it was coached by men, and I knew of very few female role models. There were very few females in an official capacity, or as coaches, and I just thought that I could do this. I wasn’t too bad at it, so I just kept training.

Soon, I realised I was achieving better results on the international platform than any of our senior British men – that didn’t always go down too well.

The adversity I faced had to be a driving force for me. It was the only way I could continue to progress. So, I used it as an opportunity for me to achieve something new and different, break down barriers and see how far I could go.

It was due to achievements like this, that gave me other opportunities to present at school assemblies, awards evenings, and to get some form of endorsements.

Years ago, there was a stereotype of what female lifters look like, and the image wasn’t feminine or athletic – let’s just say that!!

I would like to think that I helped to break down those images. A National coach even told me as a 14 year old, to quit the sport because I was too tall and too skinny.

I’ve tried to play a small role in breaking down the barriers for women taking part in this sport and just look at us now! We are buzzing, we are thriving. Our sport has never been so buoyant in the UK – predominantly due to the growth of Crossfit introducing more people, making it more popular, and gaining more awareness. Along with the amazing recent successes from British female weightlifters on the International stage. It will be exciting to see how far lifters in the UK can go, and also how far women’s sport can go.

At the end of the day, the question really is, “why not?”

Why can women not be strong and powerful? Why can we not show the world what we can do? I would like to think that women reading this, and watching results from other female weightlifters across the world, will continue to feel inspired and go on to inspire future generations of females to be strong and powerful.